Here we are, the first day of August, and week nine of my
garden tours this summer.  I am really
excited about this month because it is when the garden tends to explode with
produce (I’m thinking of tomatoes here!). 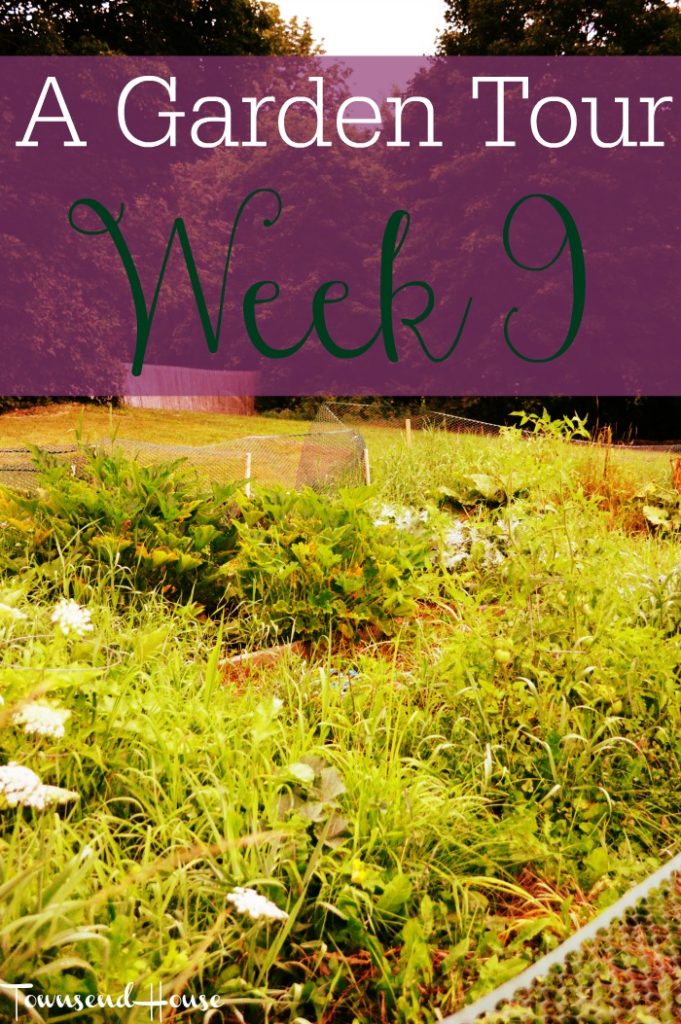 We are at a point in the summer when I am bringing in
handfuls of cherry tomatoes and green beans.
I have picked a few little pickling cucumbers – which I cut up and put
in my salad.  The zucchini seem to still
be producing, which is a miracle in my world where growing zucchini is plagued
by bugs. 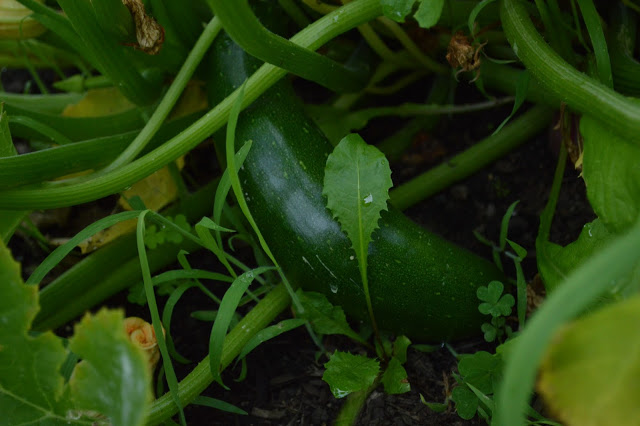 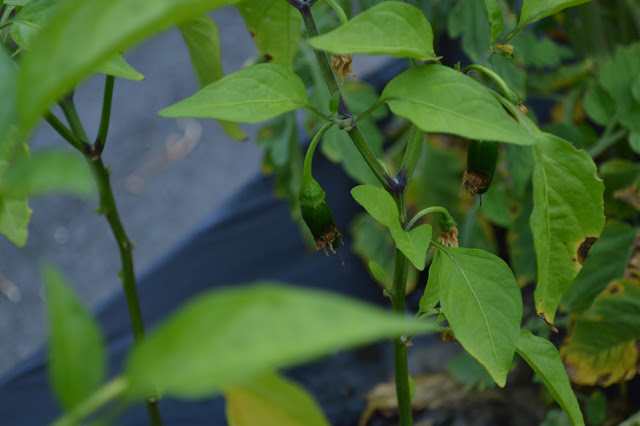 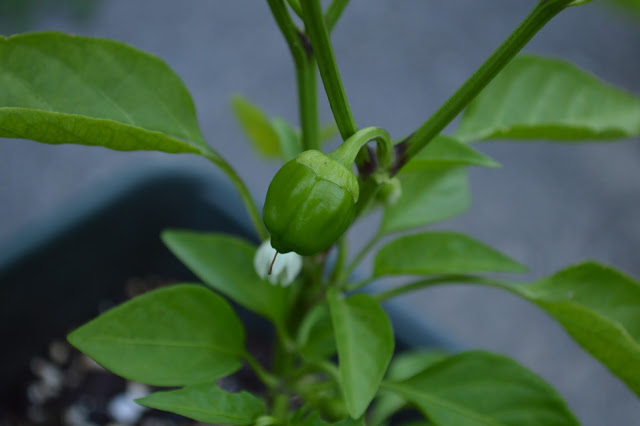 The pepper plants that I planted in the garden aren’t really
doing anything, which is a shame.  I
expected it.  I have tried planting
peppers several times in the garden beds, but I don’t think the soil gets hot
enough for them to grow well.  There are
a lot of little peppers growing on the plants in my pots though – and if you
remember I planted those just about a month after I planted the ones in the
garden.  So, I probably should remember
this for next year, don’t bother planting peppers in the ground, just put them
in the pots! 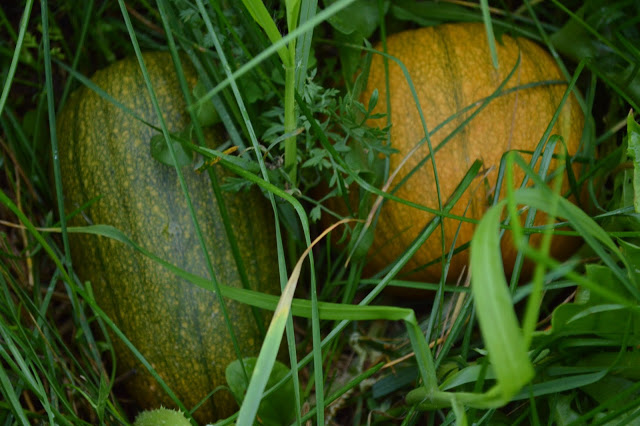 When I was walking around the gigantic sugar pie pumpkin
patch (it is one plant FYI), I noticed that there is one oddly shaped pie
pumpkin.  I have seen oblong pie pumpkins
before, but that is not the type of plant that I planted.  Sugar Pie Pumpkins are the typical small
classic pumpkin shape.  I’m not entirely
sure if this plant was crossed with something else by accident, or if sometimes
there is an odd shaped pumpkin that grows.
I’m looking forward to harvesting all of the pumpkins later in the
summer. 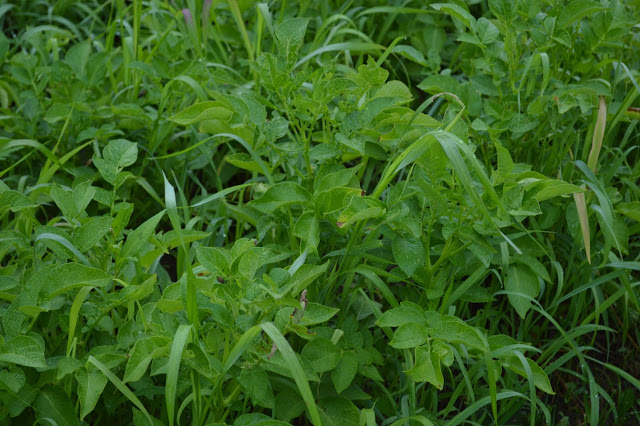 I’m not really sure what is going on with my potatoes.  I expected that they would start flowering,
but there haven’t been any flowers on the plants as of yet.  I am thinking of digging around to see if any
potatoes are actually growing.  I’m
slightly concerned because of the amount of clay in the soil, and the fact that
I can’t actually see potatoes since they are all underground.  I guess the only option would be to try and
dig some up to see what is going on.  I
might wait another week and then try – I will let you know how it goes! 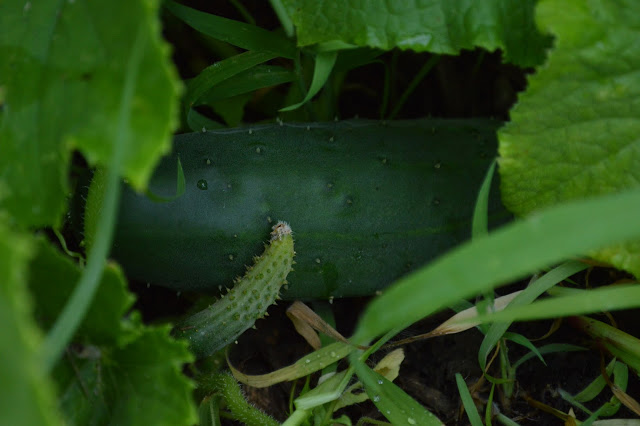 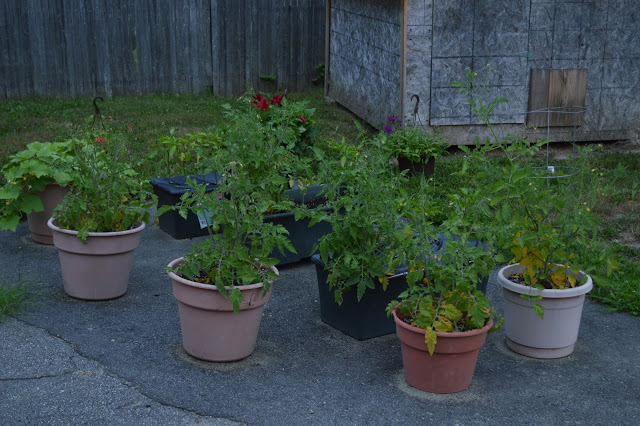 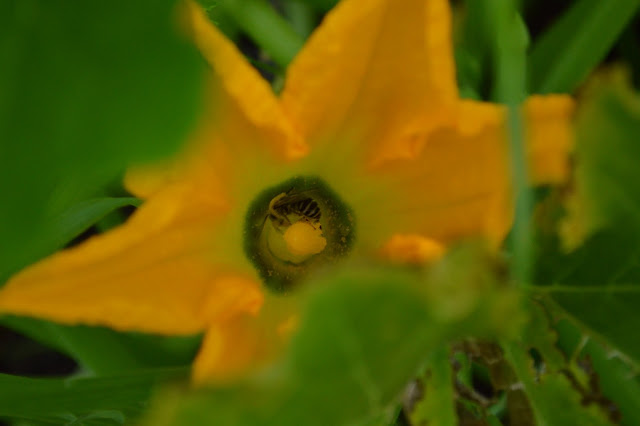 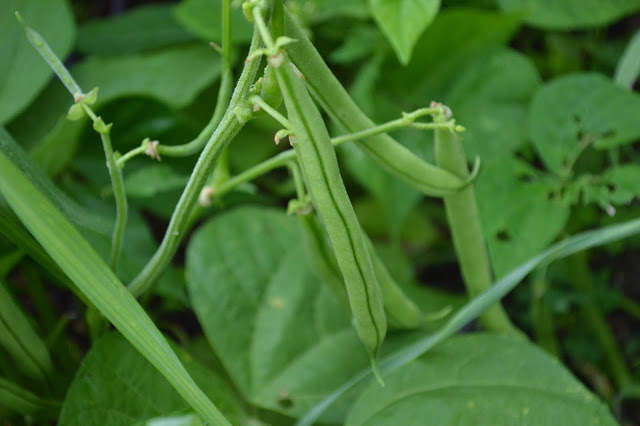 We are getting closer to the days of preserving the
harvest.  I can’t wait to share with you
what we are going to preserve for the year!
Exciting times ahead.

How does your garden
grow?  Are you looking forward to a
specific vegetable or fruit?

Previous Post: « Back-to-School Shopping – Must Have School Supplies for the Elementary Years
Next Post: A Homeschool Room Tour »