Several years ago I hit a wall.  I had been going going going with no break
for me at all.
I was putting everyone else first – I’m a mom, I think that
goes with the territory a lot of the time.
I couldn’t seem to get a break.  I would try to take some time for myself
during nap time, but with two littles who were trying to be on opposite
schedules, that didn’t work.  I would try
to stay up later, after the kids were in bed.
That didn’t work because one of the kids would always wake up
(seriously, it was uncanny), and even if they were finally asleep for the
night, I was exhausted.  I would try and
sleep as late as I could in the morning because of feeling so tired and with
early rising children, it was a struggle. 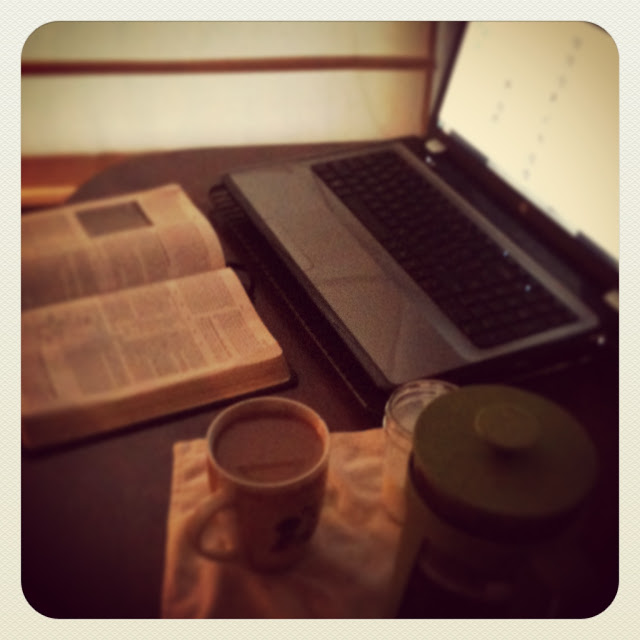 I finally had enough.
I realized that I needed to change something, and learned about the
wonderful Hello Mornings challenge.
I decided that I was going to make it a priority to get up
before my kids and have some quiet time.

It was something I did for a very long time prior to having
children, but once kids came into the home, sleeping became the priority.  Unfortunately, I was not feeling relief from
sleeping *more* and I was frazzled before the day even began.
I realized that I needed a morning routine! 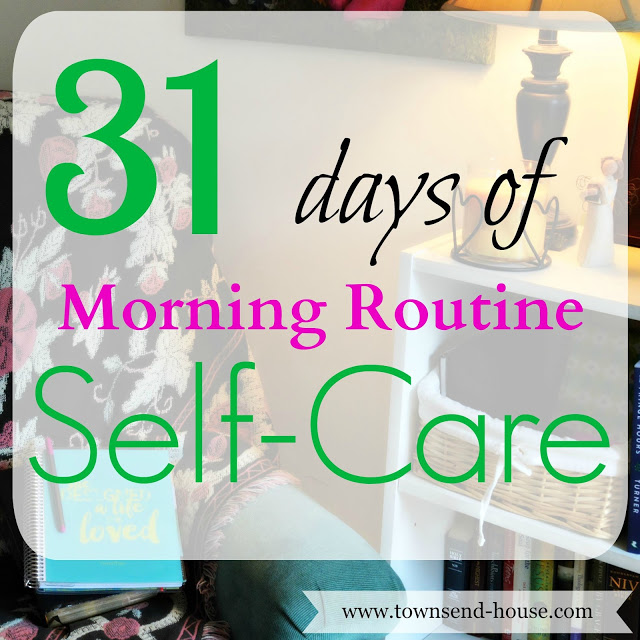 “But, I’m not a morning person!” you say, neither was
I.  In fact, I still don’t feel like I
am, however, I know that when I am up well before my kids my day is more
productive and I am in a better mood.
My morning routine is very simple, and rarely changes.


I get up quite early (remember the early
risers I mentioned above?!).  My oldest
daughter is up typically by 6am, my youngest daughter by 6:30am, and Jack is my
late sleeper getting up usually around 6:45am.
Of course, some days he is up at 6 and some days he stays in bed until
9am.
I aim to be up at 5am.
In the winter it is sometimes earlier because the days are so short.
I drink a glass of water, I brush my teeth and hair, pour
myself a cup of coffee (or tea) and sit with my Bible, journal and planner.
I realized that my need to write every day is incredibly
important to my own self-care, for you it may be different. 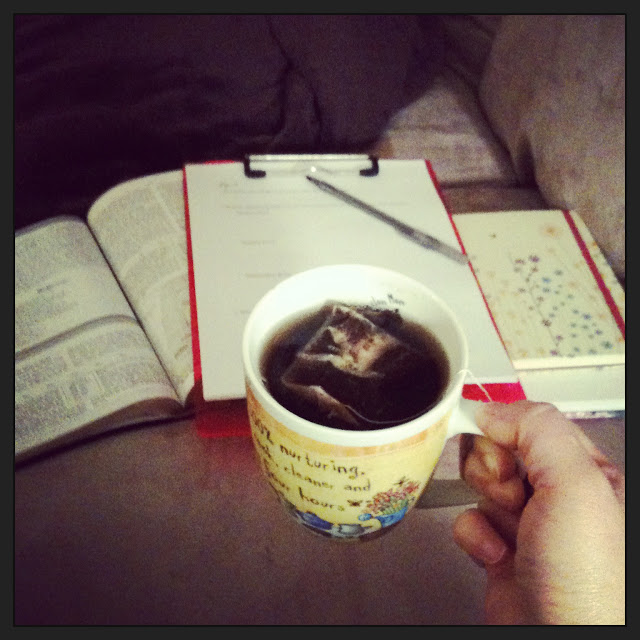 Another morning routine idea is to exercise – I need more
time in the morning to wake up, so exercising isn’t great for me so early, but
I know a large portion of people enjoy working out first thing in the morning –
my husband is one of those people.
Now, if you are trying to get out the door for work in the
morning, or getting your kids to school, you probably have a set routine.  However, if you could spend even 10 minutes
on something that rejuvenates you, I promise it will be a change that makes a
difference in your perception of the day.
Do you
have a regular morning routine?  Do you
take time to meditate or have quiet time in the morning?  Would you be able to sit for 5-10 minutes to
center yourself before rushing off for the day?