I have been trying to say yes more to my kids.  Yes to the messes, yes to the experiments, yes to letting them help even though I know it is going to take so much longer than if I do it myself.  I wrote about saying yes to my kids a little bit in my {30 Days} Intentional Living Series.


I find that it is difficult to let some of that control go.  I think that is the biggest issue, the control, the mess, knowing that I am going to have to spend twice as long doing something.  But, isn’t that part of being a parent?  Shouldn’t I be enjoying these moments?

I thought that last week I would take the opportunity again to say yes.


A little background.  My children love yarn.  I love yarn, and the knitting that I do with said yarn.  My kids love to use yarn for any and everything…especially if it is the yarn I am currently using to knit a project.  Well, this particular day I was working on something, and they wanted to have the yarn.  I decided to give them a ball of yarn that I bought a couple years ago, loved, but then realized it was ridiculously hard to knit with and gave up.  What did they decide to do with the yarn?

Build a spider web of course!

This wasn’t a small spider web that was glued to some construction paper, no, my kids need a much larger canvas than a piece of paper.  No, this spider web spanned the entire downstairs.  My children took the yarn and wrapped it around the pulls on the kitchen cupboards, in figure eights all around the kitchen chairs, around the legs of the table, through our living room with toys tied up in it (the bugs you know), back into their toy/school room.  Wrapped around more toys, and then officially wrapped around the little brother.  Yes, perhaps I should have given them a much smaller ball of yarn.  This intricate wrapping was an activity that my kids did (without fighting) for 3 hours straight.  Granted, it was extremely difficult to get to the kitchen from my desk, but I managed. 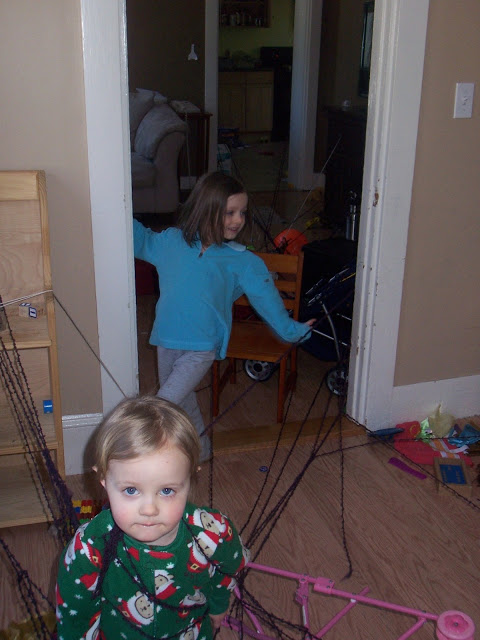 The following hour was spent with the kids practicing their use of scissors and cutting all the yarn up into spaghetti, where it was used by Jack to make dinner for us 3 days in a row (the kid loves his yarn spaghetti). 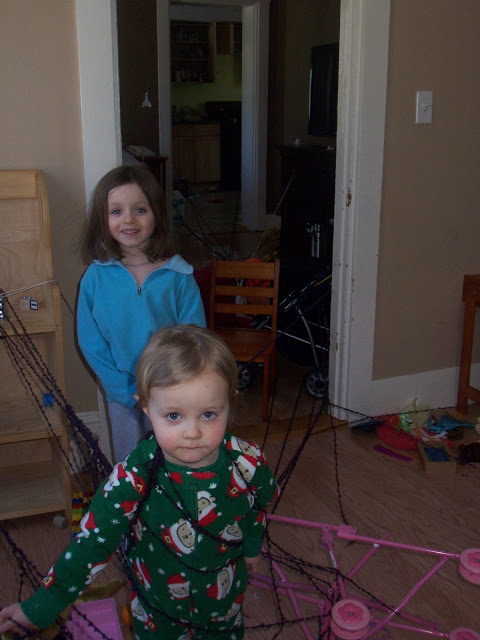 Have you said yes to anything wild and crazy lately?


Linking up at Hip Homeschool Hop

As we think about getting back to homeschool, I ha

Getting the homeschool cart ready for our 1st full

I am finally done organizing our homeschool space

I love to get out in the garden every morning! Thi